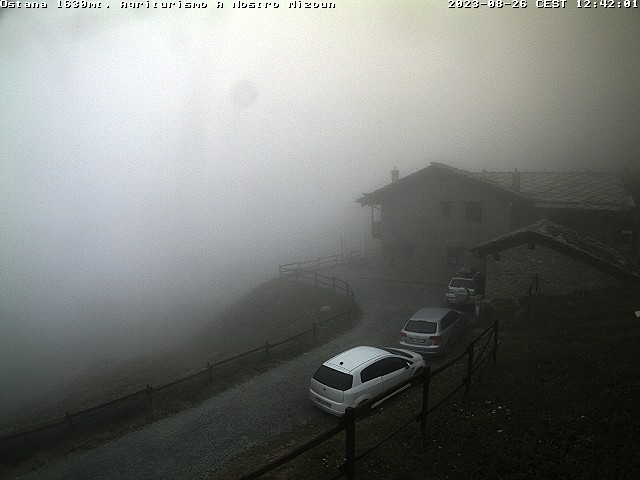 Ostana enjoys warm to hot summers, cold and snowy winters, and sunny days with crisp views. Precipitation has peaks in early summer (May) and November. Ostana has a humid climate with often clear nights, sunny mornings and uplifting moisture in the form of clouds and haze over the day. The warm moist air from the Po Valley and the plains south of Torino rise up the Po Valley, captured by the huge rock masses of Monte Viso, not letting the moist air float over the high ridge line forming the border to France. In neighboring valley like Valle Stura, the uprising air masses can escape over the lower pass to the French side in the West. This kind of higher moisture leads to a lush and thick vegetation, and a higher amount of snow in winter. While the sun heats up the Southern terraces of Ostana quite quickly in spring time, the Northern slopes of the other valley side often remain snow covered until end of May.

The data shown here is measured at the weather station on 1630m asl, about 200m above and 1km apart from the MVI campus.

Real time weather information: from the same meteorological station 200m above the MVI